Understanding Karachi: Planning and Reform for the Future

Understanding Karachi: Planning and Reform for the Future 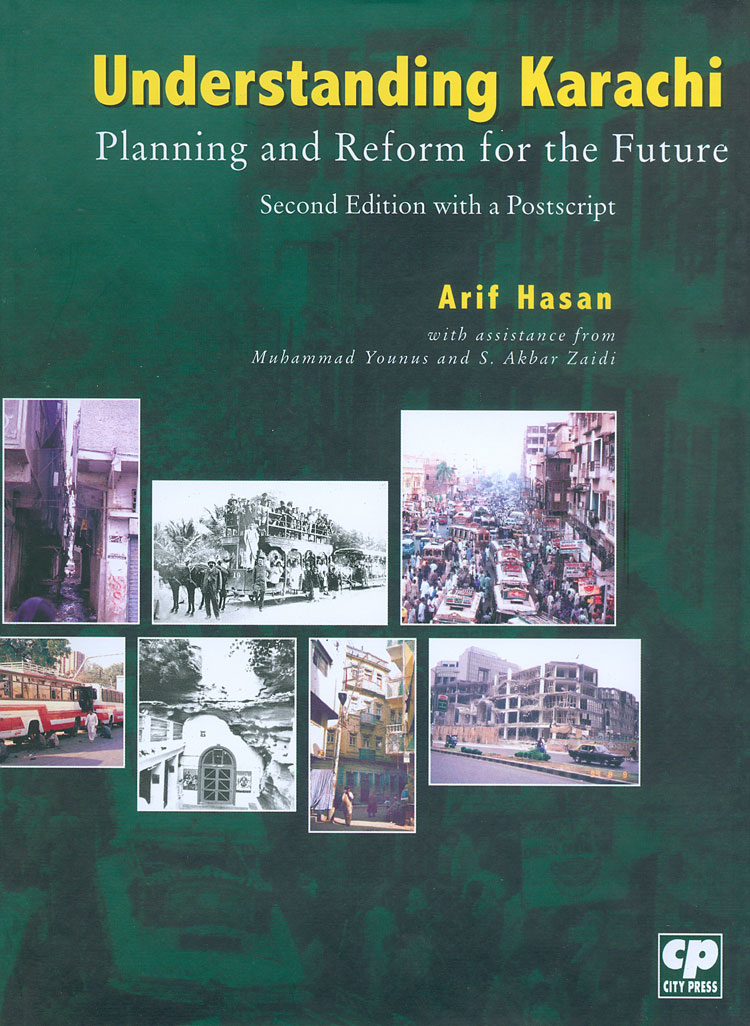 EVERY CITY IS unique, but some are more unique than others. Karachi, the largest city in Pakistan, is one such. Before partition in 1947, Karachi had some 450,000 inhabitants, half of whom were Hindu. By 1951 it had over a million inhabitants, 96% Muslim and over half refugees from India. Today it is one of the world’s megacities, with an estimated population of over 10 million.

Despite its uniqueness, Karachi has much to teach other cities. Arif Hasan provides an insider’s view of Karachi that outsiders can learn from. He has worked as an architect in Karachi since 1968 and has been principal consultant to the renowned Orangi Pilot Project since 1982. His experience shows (along with, at times, his position as an NGO representative in the ongoing struggles). The book starts with a brief summary of Karachi’s pre-partition history, a more detailed account of post-partition planning, and a summary of the present situation. The remaining two thirds of the book takes a largely sectoral approach, focusing successively on: Transport and Traffic; Infrastructure and Solid Waste Management; The Social Sectors; Heritage and Culture; Economy and Employment; Institutional Issues; Governance; Violence; Decentralisation; and finally The Reform Process. Relevant statistics are presented seriously, if often sceptically. Many of the liveliest discussions are to be found under superficially dull headings, relating to transport and infrastructure.

A common theme throughout is the need to face up to local realities and improve upon them, whether they involve Mafia-like property developers, legally questionable transport operators, or socially concerned NGOs. In almost every sector, provisioning takes place largely outside of the formal planning process, often in contravention of the law. But in almost every case there are lessons to be learned from the informal providers, and in some cases they can provide models to emulate.

Planners in many cities are tempted to see the worst, or at best ignore, initiatives that do not conform to their preconceptions of how urban planning ought to proceed. This book illustrates the dangers therein, and the need and potential for a more constructive, and ultimately more democratic approach.