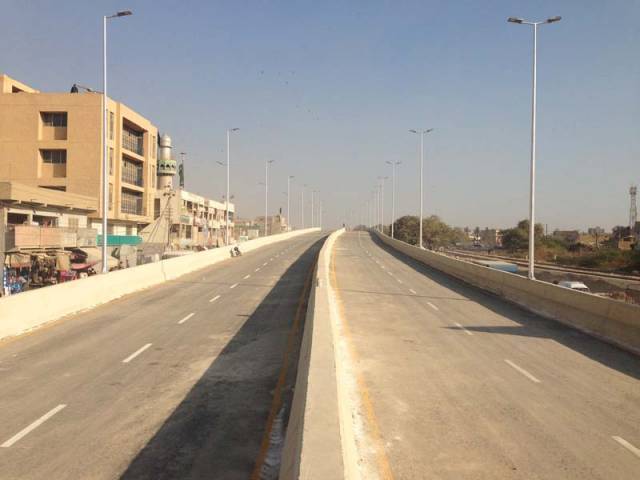 KARACHI:The construction of Malir Expressway will not just displace scores of families, but will also affected the green areas that are source of fruits and vegetables to Karachi, maintained a committee comprising persons affected by ML-1, Malir Expressway and demolition drive along Gujjar nullah raised the concern on Wednesday.

The committee voiced the concerned during a press conference at the Karachi Press Club on the day.

The speakers demanded on the occasion a public hearing on the construction of Malir Expressway and anti-encroachment drives along Gujjar nullah, Manzoor Colony nullah and the paths of Karachi Circular Railway (KCR) and ML-1.

Local residents need to be consulted at the hearing on the said projects and initiatives, the speakers stressed.

They also demanded alternative accommodation for 1,100 families displaced following the launch of the KCR and arrangements for the same for those affected by Malir Expressway and demolition of structures along Gujjar and Manzoor Colony nullahs.

This was promised by Pakistan Peoples Party chairperson Bilawal Bhutto Zardari, the speakers called to the mind.

The speakers lamented that it had been a year since families were displaced from the path of the KCR, and they still hadn’t been provided alternative accommodation.

Similarly, those affected by the demolition drive along Mazoor Colony nullah too haven’t been consulted on the matter.

There is no record of how many families will be affected by the construction of ML-1 in a city and no assurance of alternative accommodation has been given to families fearing displacement, they added.