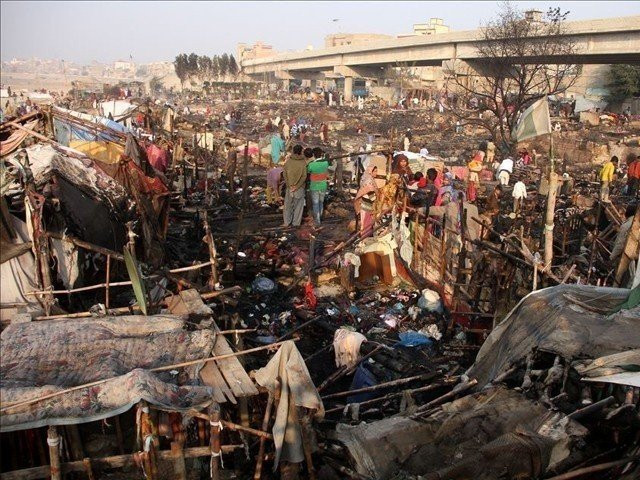 The Sindh Assembly on Friday passed a landmark bill for the regularisation of katchi abadis from June 1997 to December 2011.

Moving the Katchi Abadis (Amendment) Bill 2022, Sindh Minister for Parliamentary Affairs and Excise Mukesh Kumar Chawla said it had earlier been decided to give ownership rights to the dwellers of katchi abadis up till 1997. “Now, the regularisation date has been extended till 2011,” he said.

Many people living in the shantytowns have been protesting for the last many years and the decision to give them ownership rights was made after a Sindh cabinet meeting some time ago.

According to officials, the Sindh government has already notified 1,006 shantytowns in different divisions of the province. Of the total, 469 are in Karachi. There are also 408 slums in Hyderabad, 144 in Shaheed Benazirabad, 112 in Larkana, 91 in Sukkur and 84 in Mirpurkhas.

Sadaqat Hussain of Muttahida Qaumi Movement (MQM) drew the house’s attention towards the severe drinking water shortage in Orangi Town. “If there is no water in the city, then how can the tanker mafia get this commodity and supply it to citizens,” he asked?

Saleem Baloch, parliamentary secretary for local government, responded by saying there was a severe shortage in the system and Karachi, which gets its water from the River Indus, is also suffering the consequences. “Our government has initiated the Rs52 billion K4 project, with the help of the federal government. With this, Karachi’s water needs will be fulfilled,” Baloch assured.

Nand Kumar Goklani raised the issue of an eight-year-old Hindu child who was kidnapped from Ranipur town of Khairpur. “Two suspects, on a 125cc bike, kidnapped the boy who was playing with two other minors in front of his home,” he said. Goklani added that four days have passed, but the police have failed to recover him.

“It seems as though certain elements are creating conspiracies against Hindus so that they are forced to leave their own land,” he said. The MPA continued that the kidnaping of Hindus and forced conversions of their girls have become routine occurrences.

Mukesh Chawla replied that the Sindh governemnt has already taken notice of the matter and police are in coordination with the family to recover the boy. “The family is unwilling to register an FIR,” he said, adding it was the PPP which had initiated the protection of minorities’ rights. .

During the session, Qasim Soomro, parliamentary secretary for health, informed the house that if proper SOPs were not followed, the Covid-19 situation could take another turn towards the worst. “It is now mandatory for everyone to wear a mask,” he said, while referring to the Covid taskforce meeting held at the CM house.

He urged government officials and public gathering places, such as wedding halls, to comply with the orders as well.